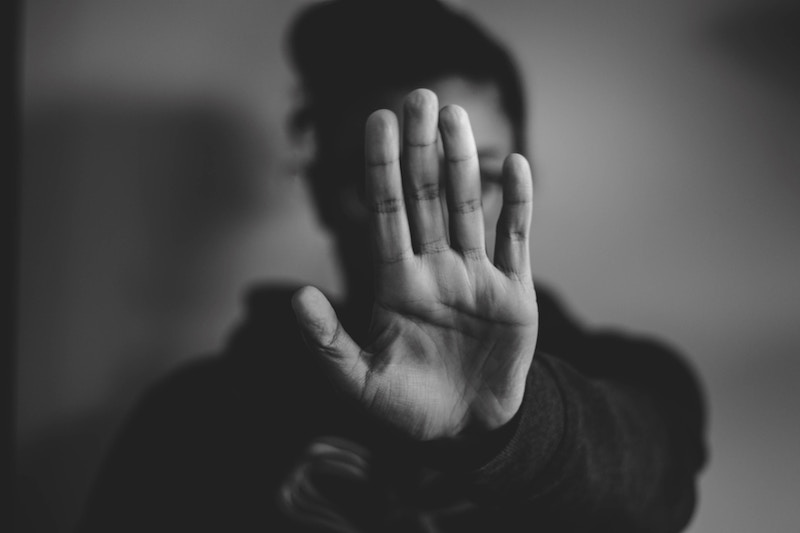 The first five books of the Bible—the Pentateuch—contain 613 commands [28].

Rules were necessary to bond tribes together against outsiders, to stop tribes weakening themselves through infighting, and to normalise the taboos on all things feminine that arose from environmental stress:

God’s morality may seem conflicted, but it isn’t. Throughout the Old Testament, God instructs, punishes and rewards according to what’s good or bad from the perspective of desertification, famine and survival.

Throughout the Old Testament, God instructs, punishes and rewards according to what’s good or bad from the perspective of desertification, famine and survival.

The Old Testament is about physical survival with a physical reward—the fertile land of Canaan: “It’s better land than you had in Egypt, where you had to struggle just to water your crops.” (Dt 11.10)

Survival required killing on demand. God tests Abraham’s willingness to do so by demanding the sacrifice of his son Isaac (Gn 22.1-19)

This “has been called by many commentators the most terrifying narrative passage” in the Pentateuch, writes George Robinson. “At the end of this ‘trial’ the boy is saved and the father is lauded for—it seems—blind obedience to a vastly more powerful and apparently utterly capricious, even brutal deity. [29]”

As Robinson observes, the story is told in a completely neutral, emotionally flat tone: “We don’t know what [Isaac] is feeling.” Patriarchy conditioned people not to feel, just to obey. Abraham obeyed. Blindly.

God asks Abraham what he’s willing to sacrifice to ensure survival. Everything, Abraham replies. His reward is the polar opposite of extinction: “Someday your descendants will be more numerous than the stars in the sky…”

This is indeed an object lesson in “blind obedience.” The deity that demands that obedience is not in the least capricious—but is, by necessity, brutal:

The Old Testament is an assembly manual for patriarchy.

With survival at stake, the Old Testament instilled patriarchal values to produce a society that would ‘follow the script’ without feeling or questioning. While it’s a multi-layered document [30], much of its character derives from desertification.

Rules were propagated through genetics, teachings and merciless punishment: “Memorise his laws and tell them to your children over and over again.” (Dt 6.6-7) “The people of Israel then stoned to death Achan and his family.” (Js 7.25)

Does that mean the message in the Old Testament didn’t come from God? No, of course not. God gave the instructions—the specific commandments—to ensure survival at that time.

Love the Lord your God

Jesus shows us these two ‘love-centric commandments’ encapsulate the higher purpose of all the commandments. The lower, or more mundane, purpose of the ‘thou shalt not’ laws derived from desertification and its aftermath.

Their purpose was to create a cohesive society that would band together against outsiders. The Ten Commandments tell the Israelites how to treat each other, not how to treat everyone else [34].

Deuteronomy 16.20 emphasises this: “Make sure that everyone is treated with justice in the land the Lord is giving you.” ‘Thou shalt not murder’ meant do not murder other Israelites. Outsiders were routinely killed: “The Jews took their swords and did away with their enemies, without showing any mercy.” (Es 9.5)

These laws were essential in the dog-eat-dog world of the early patriarchies.

Perhaps the most contentious of the commandments is ‘Thou shalt not commit adultery.’ What light does desertification cast on it? Because of the psychological impact of famine, it applied more punitively to women. They were expected to be monogamous, on pain of death.

Men had multiple choices: polygamy, the ‘Levitirate marriage [35]’, female slaves [36] and prostitutes. For men, the aim of this commandment was to prevent discord. As the status of women increased and outdated cultural practices vanished it came to be interpreted similarly for both genders: monogamy [37].

Theologian Jean-Yves Leloup writes that adultery is a form of idolatry [38]: “This commandment means above all to refrain from regarding a partner in a way that indulges our craving or makes him or her into an object… Adultery exists in the very heart of even a monogamous marriage when a partner is regarded in this way.” It’s not whom but how that matters.

This follows Jesus’ command to “love others as much as you love yourself.” It’s the intent behind the action that determines its purity: “Everything is pure for someone whose heart is pure.” (Titus 1.15) With all the commandments, full respect for others ensures we don’t act harmfully.

More gods than a prostitute

Ezra 23.30 links improper sex with idol worship: “You were the one determined to have sex with men from other nations and to worship their idols.” Jeremiah 3.1 echoes this: “You have more gods than a prostitute has lovers.” The Old Testament repeatedly shames other gods and idols.

Isaiah and Jeremiah unite idolatry, shaming the feminine and desertification—the Old Testament’s three great fears: “All you think about is sex under those green trees where idols are worshipped.” (Is 57.5) “You worship other gods by having sex on hilltops or in the shade of large trees.” (Je 2.20)

Deuteronomy 11.16-17 blames desertification on other gods: “If you worship other gods, the Lord will become angry and keep the rain from falling.”

The rains failed while the people worshipped the old gods. When they began worshipping the Lord, the spread of the desert slowed and finally stopped. Cause and effect were clear.

The Old Testament was the word of God at that time and for that place: “No other nation has laws that are as fair as the ones the Lord my God told me to give you.” (Dt 4.5-8)

We’re now in a different time and place. We’re confronting our patriarchal past just as we are confronted with a new round of climate change. History shows our past response to environmental stress has been violence—but Jesus asks us to choose differently.

[30] Genesis in particular seems to contain layer upon layer of meaning. “Turn it and turn it again, for everything is in it.”—1st century rabbi Ben Bag-Bag, quoted in George Robinson, Essential Torah

[31] “When God had finished speaking to Moses on Mount Sinai, he gave him the two flat stones on which he had written all of his laws with his own hand.” (Ex 31.18)

[33] “3: If a seignior came forward with false testimony in a case, and has not proved the word which he spoke, if that case was a case involving life, that seignior shall be put to death.”—James B. Pritchard, The Ancient Near East, Volume I

[34] The Old Testament emphasises respect for the rights of foreigners: “I demand equal justice both for you Israelites and for those foreigners who live among you.” (Lv 24.22) This also increased social cohesion.

[35] The custom that if a man died and his widow was childless, his brothers were responsible for impregnating her. This is the custom that Onan, the most famous masturbator in history, defied. (Gn 38.1-10)

[37] The Anglo-Saxon synod of 786 AD declared: “To avoid fornication, that every layman shall have one legitimate wife, and every woman one legitimate husband, in order that they may have and beget legitimate heirs according to God’s law”—quoted in G. Rattray Taylor, Sex in History

[38] “The original meaning of adultery is betrayal of the Real, of lying to oneself by knowingly allowing a reflection to usurp the place of the Light itself or, in other words, idolatry.”—Jean-Yves Leloup, The Gospel of Mary Magdalene 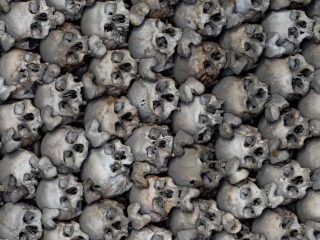